My month long (un)common cold resulted in an excessive white blood count which was double the average and one day in A&E when all my joints were inflammed!  I finally caved in to see doc #1 who cleared B and I of bronchitis, but gave me antibiotics and allergy/congestion meds that I reacted badly to.... this led me to doc #2 who found some lung tissue scarring from my x-ray but nothing critical after various tests. He then prescribed painkillers, even more antibiotics and asked me to stop the previous meds. After 1 week of pill-popping and clinic hopping, I'm feeling closer to normal again.

Besides that, October turned out to be a full-on month of milestones and learning through play with B.  Even though I'm with him almost all the time, his growth spurts still amaze me, not just physically, but also how well he picks up vocabulary and grammar.  After accomplishing a task on his own (like his jigsaw puzzles), he claps and says "Yay! Good job, B!" or if he's cheeky, "pandai boy" \o/ At breakfast one day, he placed his toy kangaroo on the table and said "Kangaroo watch B and mama eat pancake" and "daddy go 运动, then work” when dad went for his morning gym workout.  While in the car, he describes what he sees on the road and at times, will launch into a narrative, mainly on vehicles (of course), e.g. "Fire engine park in fire station, make loud noise nee-nah-nee-nah, lights go blink blink, firemen put out fire, many smoke, hot!"

We covered Geography and Astronomy which mommy and B thoroughly enjoyed.  We looked at continents, oceans, water and land formations, and then, our solar system. (I know this may seem odd, but he started asking questions about rivers, stars and satellites ... so what to do?!)


Map of the world on a paper plate where rubber band = equator between the hemispheres; 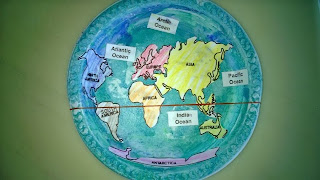 some of the library books (this time, the selection was quite good!); 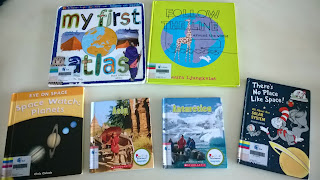 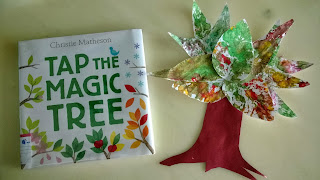 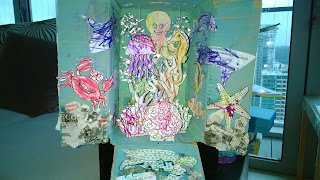 penguins and icebergs in Antartica; 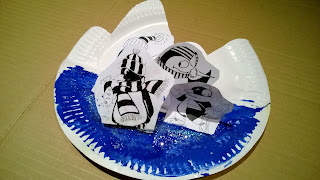 land and water formations (which double up as bases for modelling clay/water); 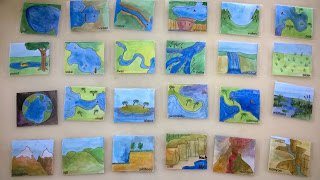 And last but not least, sand art and puzzles on space: the final frontier!  This was also a perfect opportunity to learn comparatives and superlatives, i.e. planet Earth is smaller than Saturn, Mercury is the smallest, Jupiter is the biggest!   Now he applies these words in all sorts of situations :) 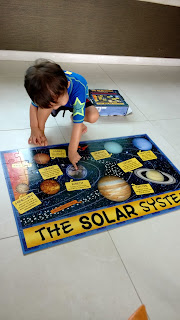 This month was also about confidence building and independence.  He started to enjoy scooting on the YBike glider which we have on loan from a friend.  He's walking his brand-new Kazam balance bike, an early birthday gift from 爷爷.  He even climbed out of his toddler cot bed once, alarming everyone! B grew more cautious climbing since that incident while I placed his large foam playmat under the bed until we switch him to a kid bed (or just a mattress). And on a bittersweet note, B got off the waitlist for N1 next January - it's a half day, drop off for the year they turn 3. Lots of implications there, some of which I'm still processing internally.